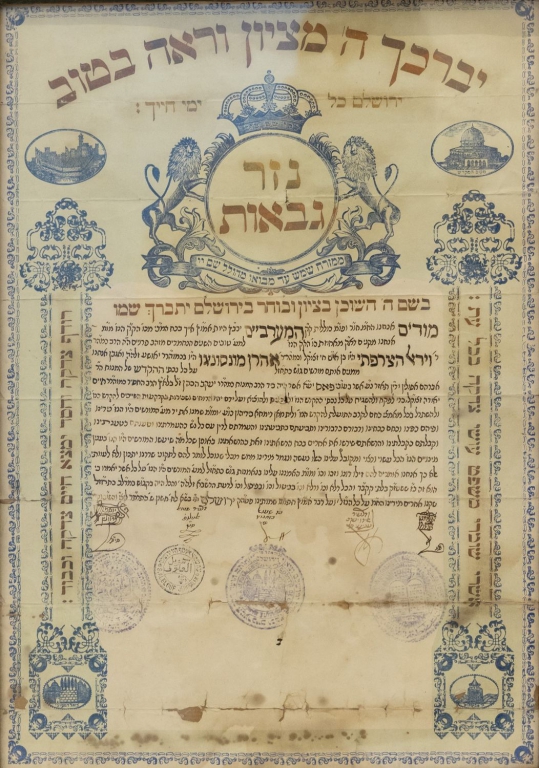 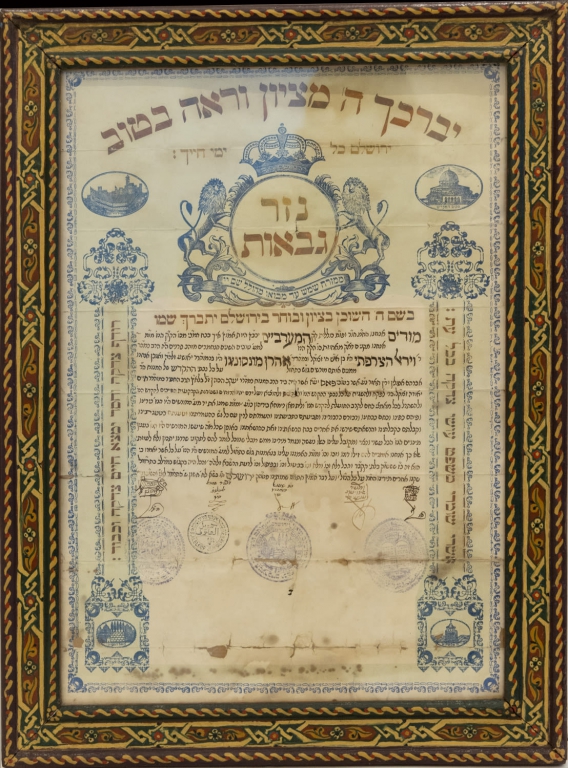 “Wonderful Are Two Who Are More Desirable Than Gold”. Letter Conferring Gaba'ut on Rabbi Vidal Tzarfati and Rabbi Aharon Monsonego. Signed by The Rishon LeTzion. Jerusalem, 1924.
Impressive, large page, from the ‘Maghreb' community, conferring Gaba'ut on Rabbi Aharon Monsonego and Rabbi Vidal HaTzarfati, enabling them to deal with ‘Hekdeshim' in Fez, Morocco.
These two figures were appointed by the elders of the Maghreb community, in wake of the passing of Rabbi Avraham Asulin and Rabbi Yaakov ben Yehuda HaKohen who left numerous ‘Hekdesh' properties.
The following appears at the top of the page, printed in Jerusalem:
Within a circular shield, held on each side by two lions: “Nezer Gaba'ut the Chacham Bashi and The Rishon Letzion”.
Maghreb Rabbis and Community activists of Jerusalem are signed on the paper, 1924, including; 'Chacham Bashi' and the 'Rishon LeTzion' R' Nachman Batito - Head of the Maghreb community of Jerusalem; Rabbi Shmuel Elaluf - one of the heads of the Western Committee; Rabbi Shmuel Buchbut - one of the sages of the community, etc.